Vespa Super Sport 90 is one of the rarest and most collectable Vespa's of them all .

Sort after by colectors and scooter racers this unique design for a Vespa was originally a failed marketing venture , less than 5300 made as not a popular seller.

Released in 1965 it was very different from all other small frame Vespa's with many unique body parts and an overal narrower frame .

The engine was a 90 cc but with 4 gears and a special chrome racing exhaust .

It's dummy fuel tank between the legshields was actually a storage compartment , this give it great stability and strenght in the frame that all scooter racers favour it for it superb handling onthe racing circuit.

This Super Sport has been fully restored by ourselves to original factory spec condition , the colour is the original peacock blue . 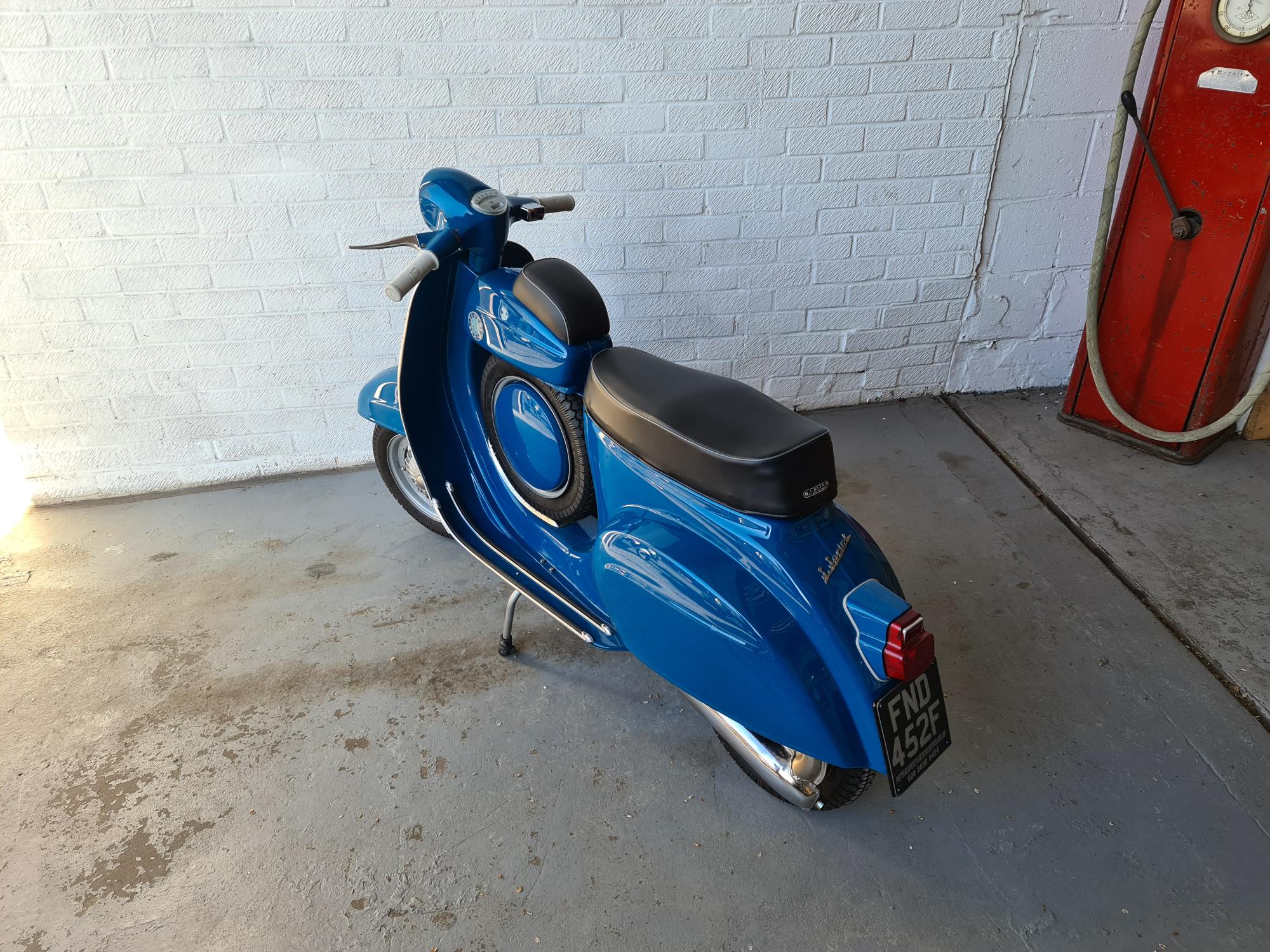 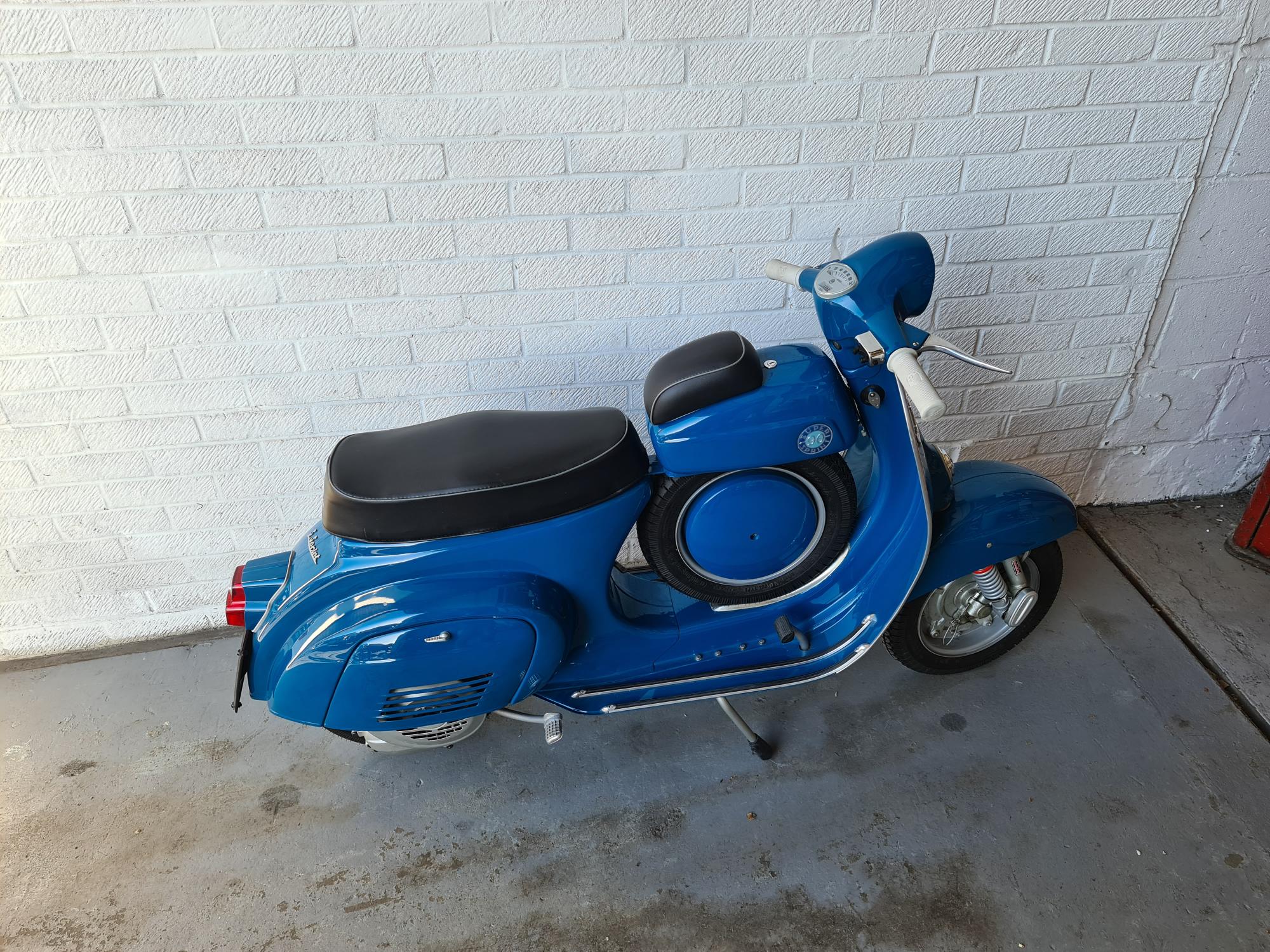 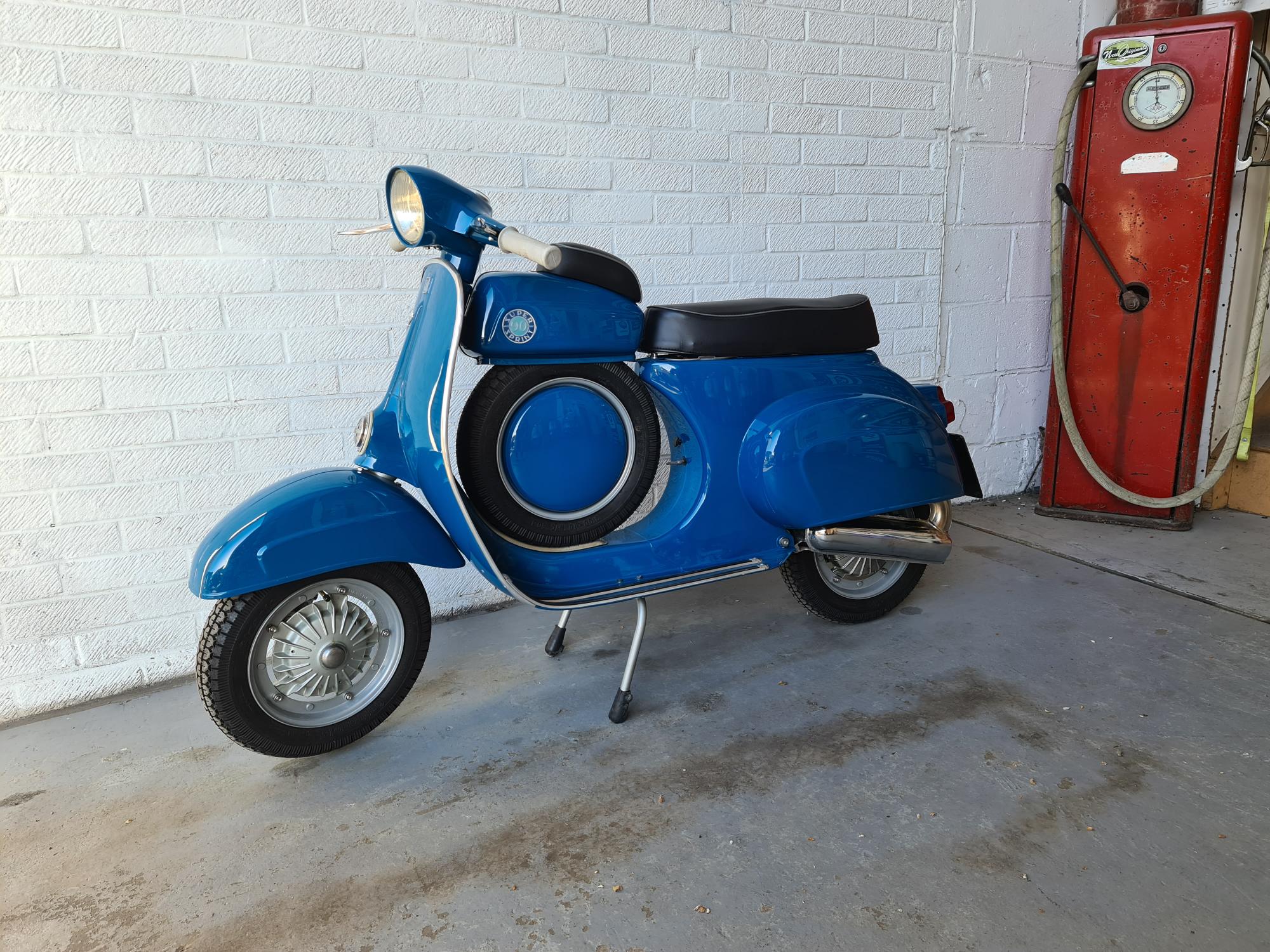