The TV 175 III was the first ever modern production two wheeler ( that includes motorcyles ) with a disc brake.

It followed the sucess of the series II TV still pipping Vespa's GS 160 in the cc trumph card contest and predecessor to the infamous TV 200 ,so a short production run .

A milestone scooter and very rare.

This scooter hails from Washington DC had one owner from new .

Scooter has had a "blow over " paintjob which is a shame because it's just a light coat over what is the original paintwork , the scooter itself is evidently unmolested and shows signs that it was never stripped or messed with.

It turns over and I'm sure would run with fresh petrol and a carb clean.

Comes with Nova number and dating cert ,registration is there after a simple application. 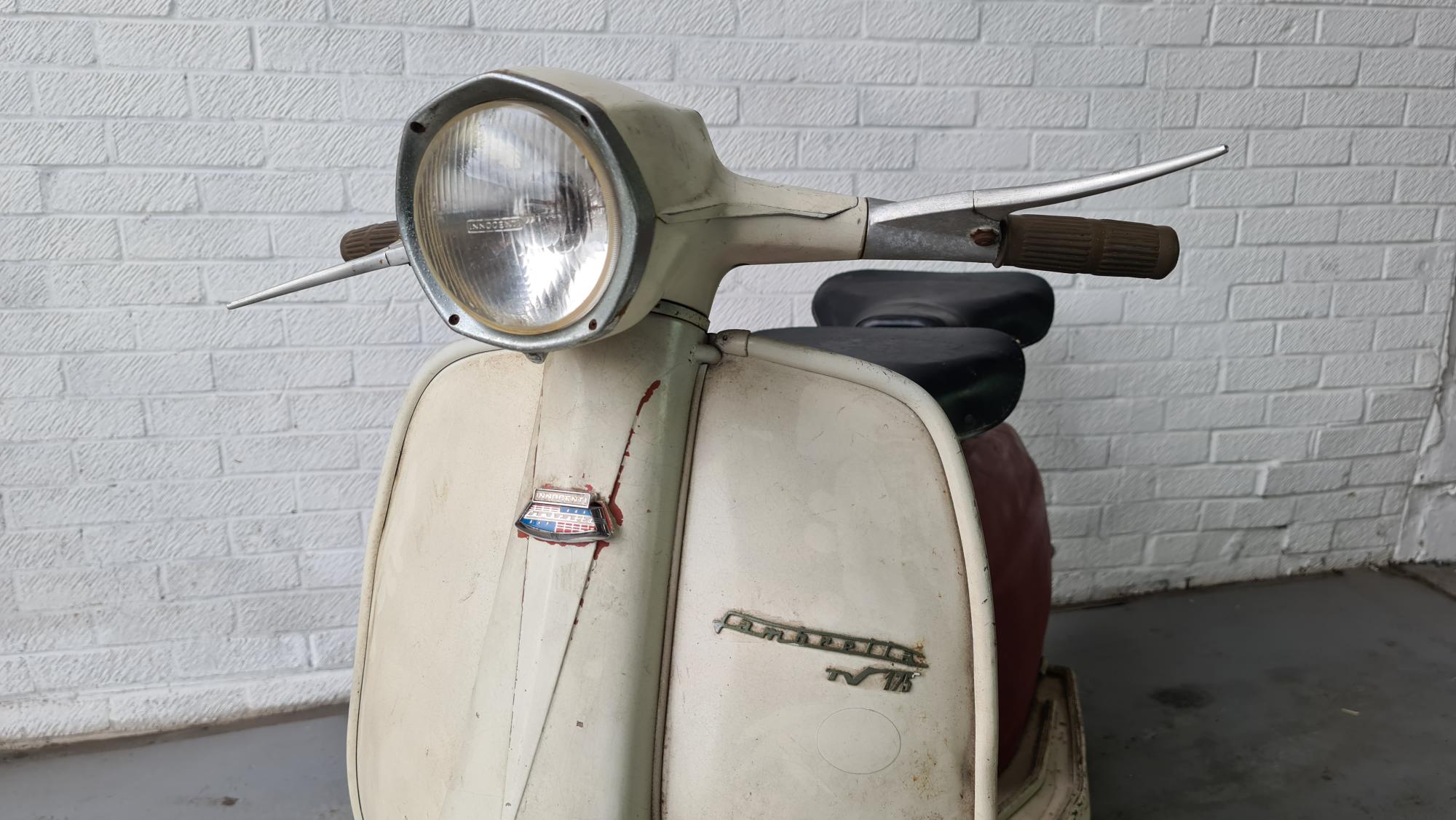 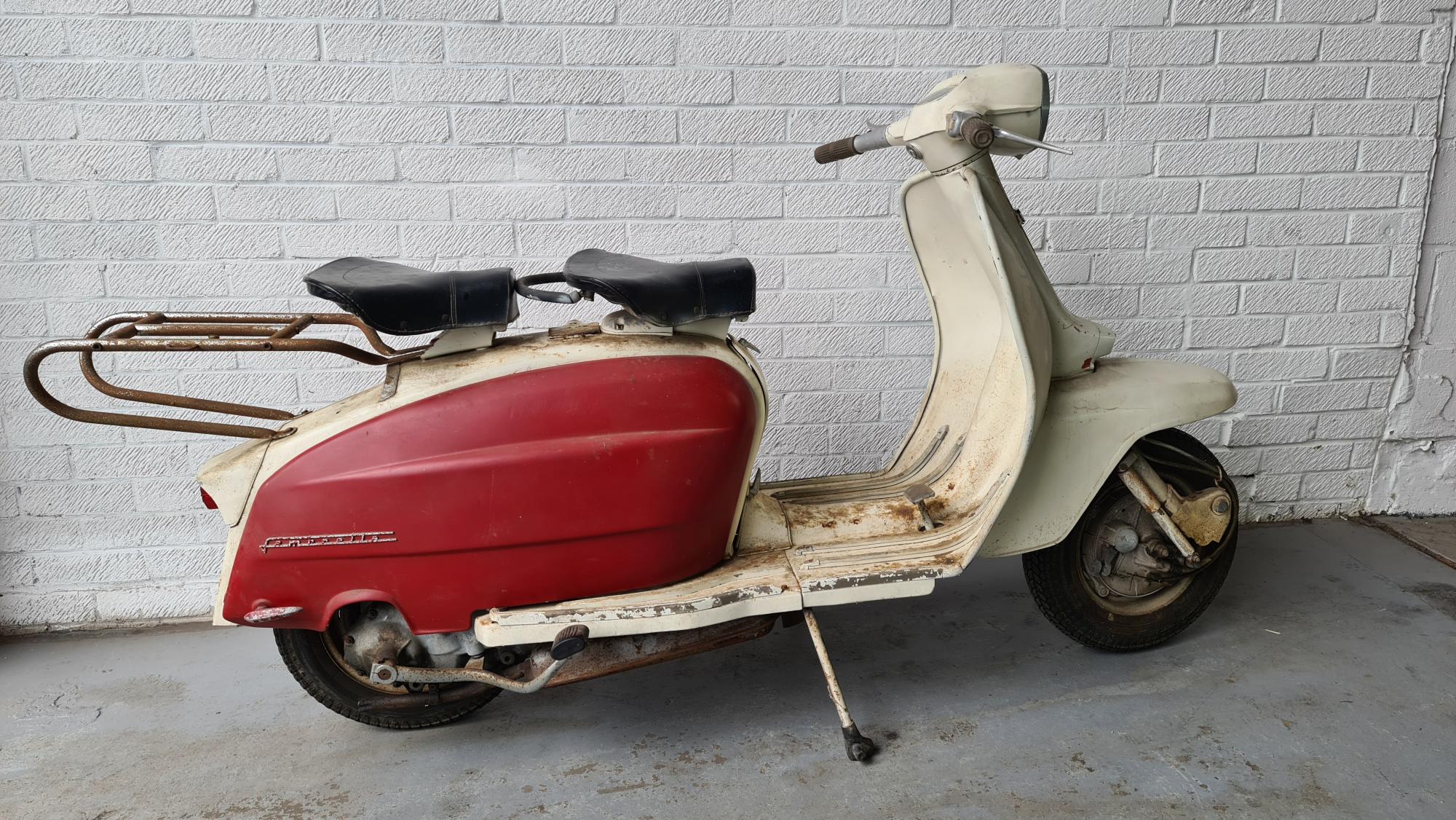