The world's most luxurious scooter of it's time .

Never imported to the UK or even Europe , the Rabbit had a superior build quality throughout being Japanese they excelled in the engineering.

This scooter has been kept somewhere that the not been kind to the chromework yet orignal paint is presereved and the engine has only 848 miles on it speedo drive is from the gearbox and still intact which indicates true mileage displayed.

Aside from the chromework the engine is immaculate which requires a light external overhaul to get running . 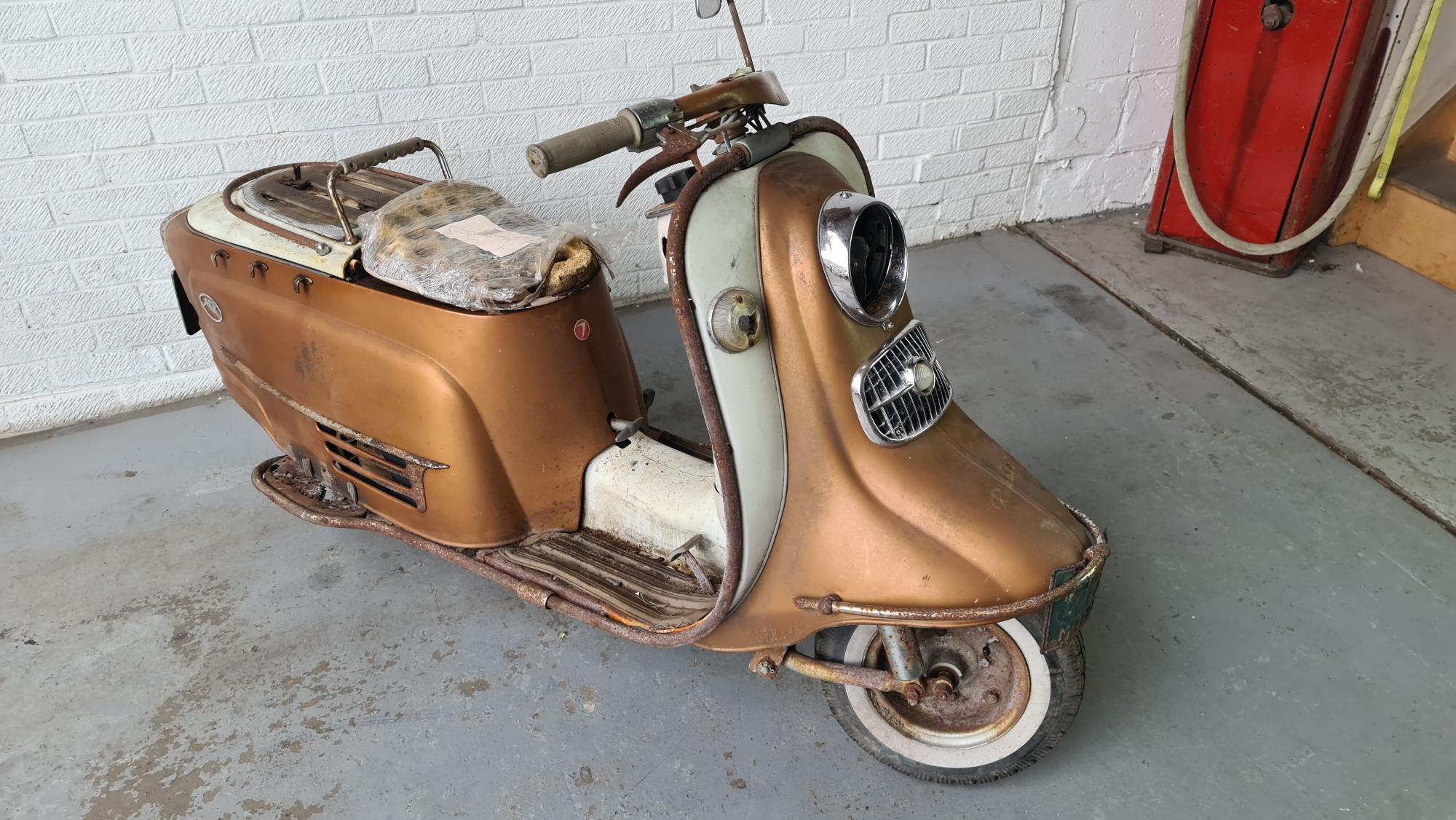 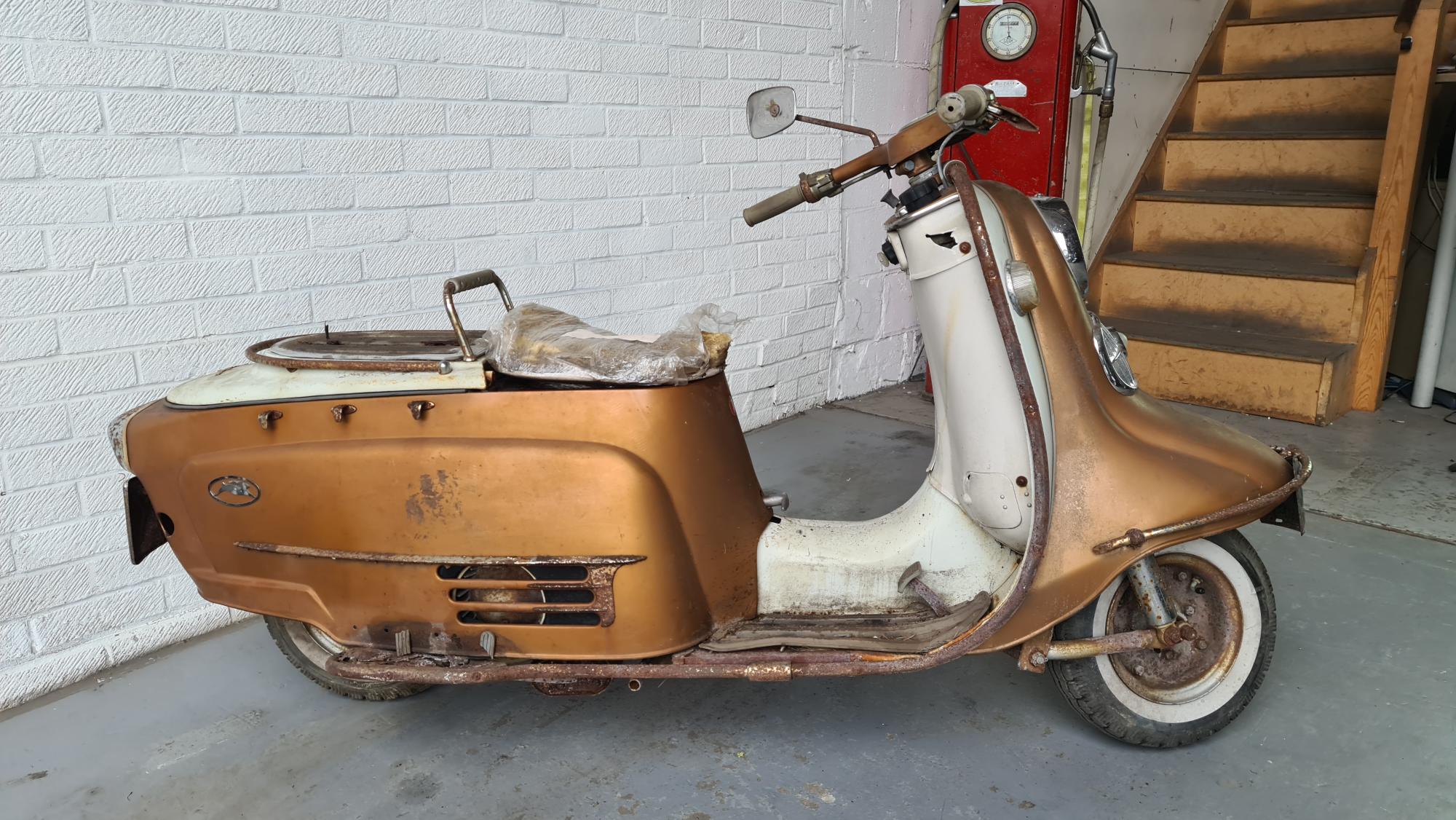