Fuji Rabbit was a Japanese scooter , just like Vespa and Lambretta  , they evolved out of necessity after the end of the second world war whenever people needed a cheap easy form of transport.

The Rabbit came out 6 months before Vespa in 1945 , they ran until 1968 when they seen the change in the market was moving towards cars and they eventually stopped production of the scooter and became the Subaru car manufacturer .

As with most things Japanese the Rabbit is an over engineered well built machine and way ahead of it's time , this scooter has electric start ,indicators and tubless wheels .

Mechanically this is a deluxe, far superior machine over any Vespa or Lambretta model , the quality is in the overall design ,build and materials used in the construction.

This scooter is a private import to this country they were never sold in Europe , only Japan, USA and Australia, they were slightly more expensive becasue of the build quality so could never compete with transportion to Europe and tarriffs as well as the many other scooters available in Europe at the time.

This particular scooter is in original paint mostly except for a paint and repair to the floor area . It has had a set of new cables , tryes and front and rear suspension as well as a full service , everything worksas it should except the speedo which unfortuatly has a broken needle.

Uk registered and running perfectly it is all ready to go . 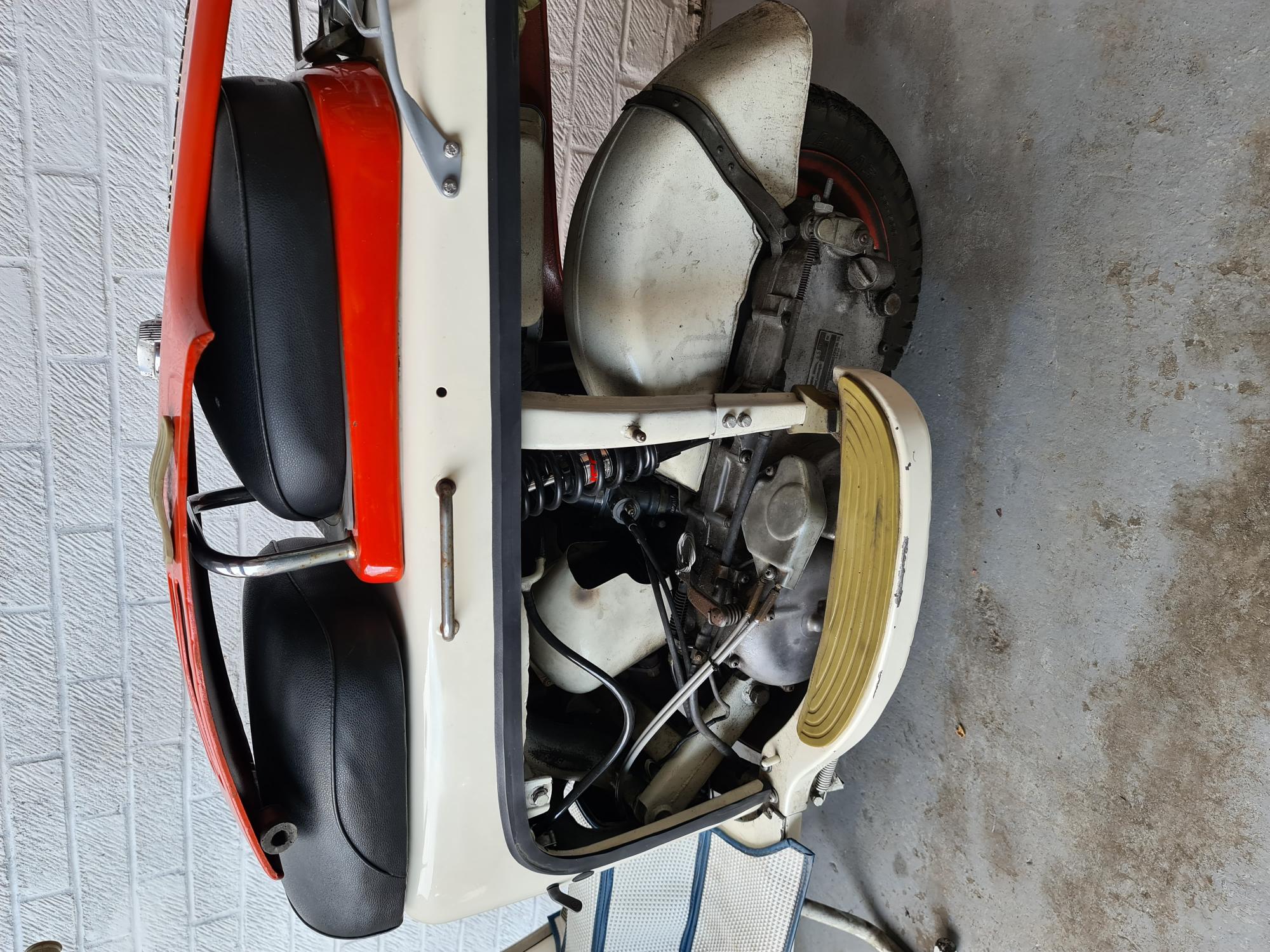 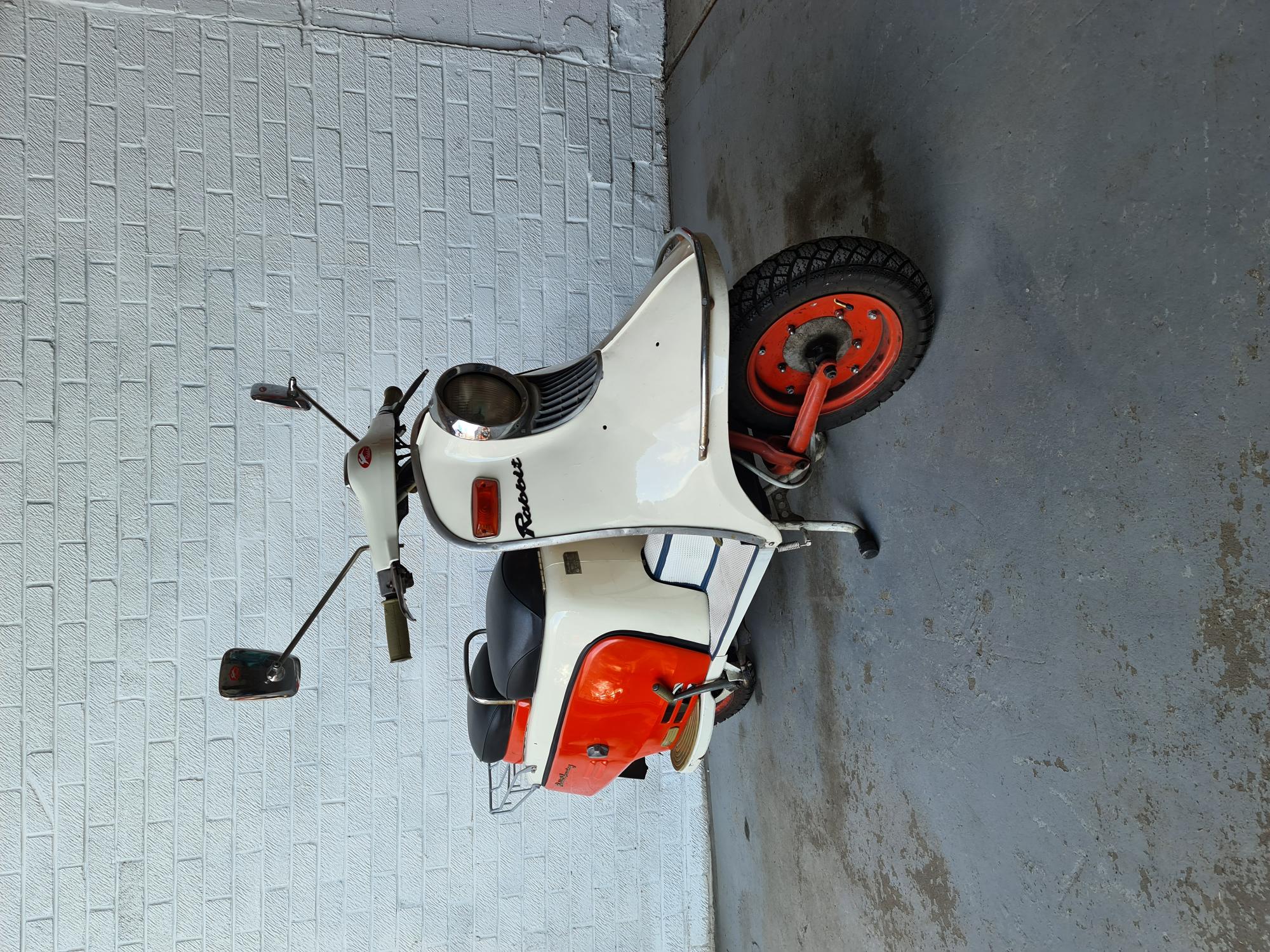 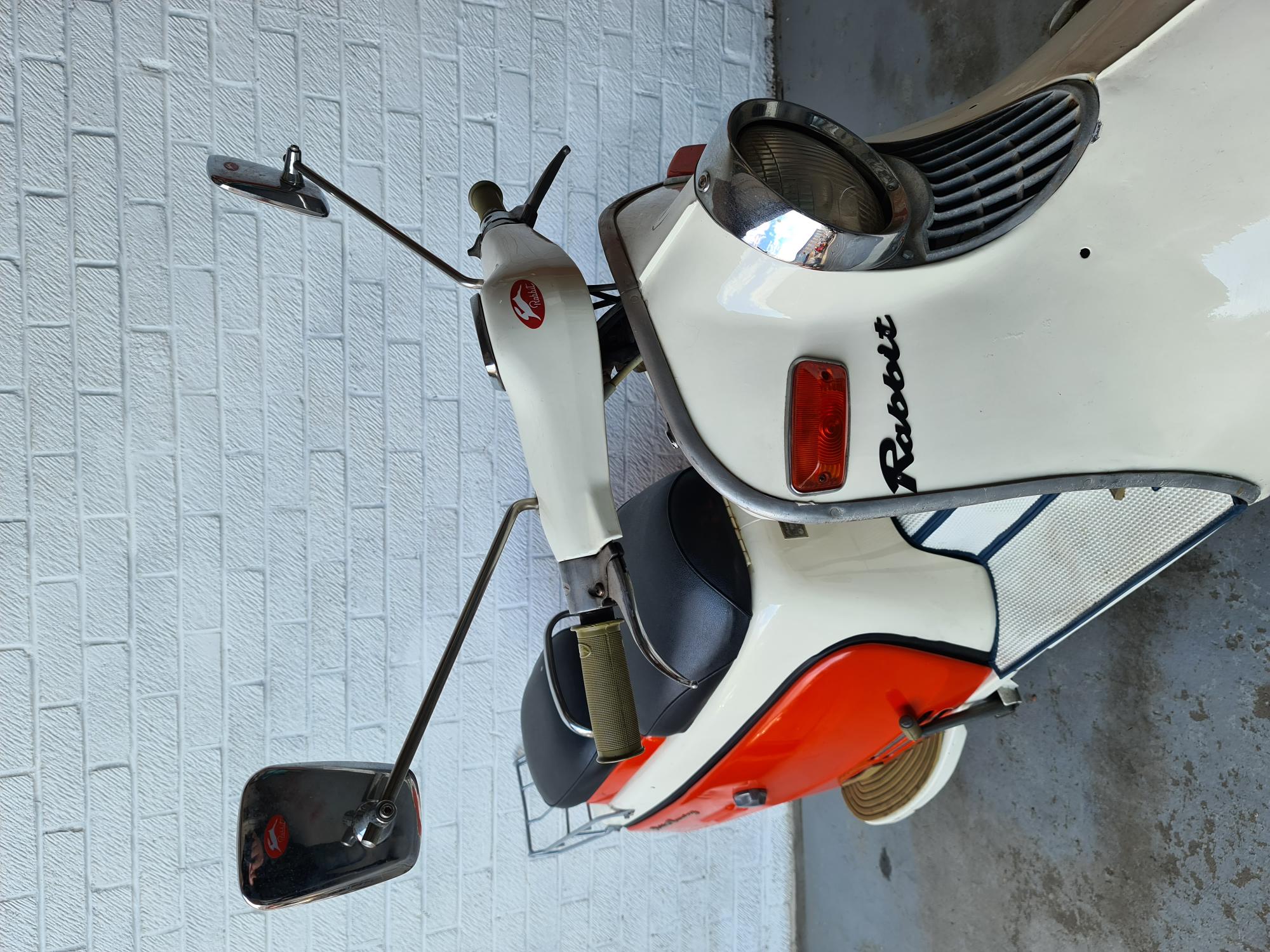