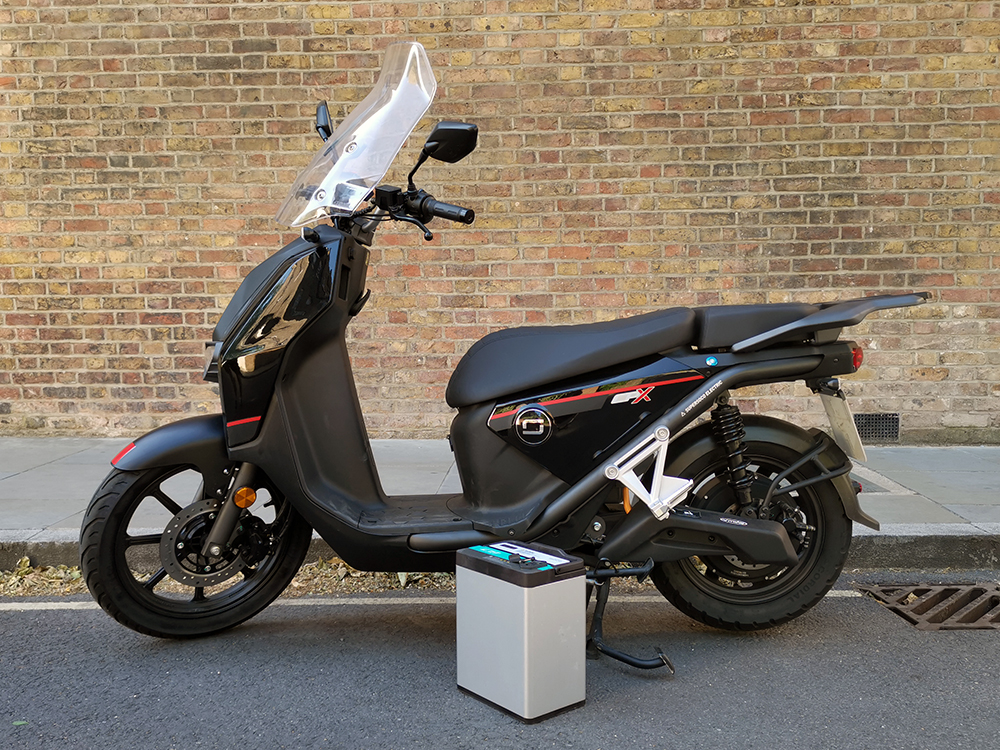 The CPX is a big scooter, almost a maxi scooter but without being massive like a Suzuki Burgman dare I say the right size to suit the majority .

The build quality felt strong and robust, from the stand to the chassis, everything was solidly constructed. The CPX comes with great specs. It  can have more range than the competition and boasts many more features as standard including a fly screen and back carrier, which are normally an extra cost.

What is clever about this E -scooter is that Super Soco  give the customer the choice to buy a second battery if you need the the extra range, perhaps for a longer commute.

Most commuters will most likely find one battery adequate, which leaves you a very generous under seat compartment area where the second battery would have sat so at least you have the choice.

The display screen has all the usual features with speed and battery levels you need plus temperature, clock a handy range calculator and mode selecting.

Other good ideas we liked were that the rear wheel is able to be removed simply by 4 bolts making puncture repairs and tyre changes much more easier than all other hub motor e-scooters.

The huge 45 ah batteries which are a little heavy 15 kgs , can both be charged by a socket on the outside of the bike. This is great for security as the seat can remain locked.

The ignition is also keyless, which stops the locks getting damaged if you hit the key with your knee or the key scratching the scooter.

The rear passenger seat can be removed so a big box can can be added making it instantly into a delivery bike, without interfering with the front seat and hindering access to the batteries.

If I were to change or improve anything it would be to make the windscreen a bit smaller or move it forward away from the riders face , it works well but needs to be in a different position.

These are small gripes overall the CPX was most impressive from all the electric scooters available on the UK market .

The CPX was excellent to ride with fast, smooth linear acceleration from the 4 kw hub motor . Even in mode 1 the acceleration was quick before hitting the speed cap on that setting. Some electric mopeds can often feel jerky but not in this case.

The ride handling was also excellent, partly helped by the batteries location directly under the rider and the wheel sizes, which are neither too big or too small making it perfect for both city and A road riding.

Another feature which we have been waiting a long time to see on a 2 wheeler, is a reverse gear! This is particularly helpful when parking in a bike bay or simply manoeuvring.
‍

How does it compare to its' competitors? ‍

The CPX has much more going for it than a lot of its competitors and with a lot of electric vehicles it’s batteries are a key component.

NIU considered to be Super Soco's main competitor should feel worried. The CPX is going to be the same price as the NQI GTS Pro at £3596 with the one big 45 Ah battery, although the NQI GTS Pro will have two 35 Ah batteries = 70ah . The option for the second 45 ah CPX battery will boost it to an awesome 90 ah taking it to a huge range possibility of 100 mile + over NIU NQi GTS pro at 84 mile

The CPX as mentioned can come with two batteries for a price of £4999 but this is optional and a single battery works well on it's own. The NQI GTS Pro needs it's two batteries to work together to achieve its’ top speed.

NIU are a tad better value for money, especially as they have a cheaper model, the NQI GTS Sport that has two 26 Ah batteries for just under £3000 which may well be enough for most commuters needs.

Both Super Soco and NIU's range of electric mopeds/scooters come with the governments stamp of approval in the form of the 3 year warranty on the batteries OLEF grant. They both have their top trump winning features which one you choose will depend on your commuting needs and budget .
‍

For more information on the CPX visit our Super Soco page: https://www.retrospectivescooters.com/for-sale/soco-scooters 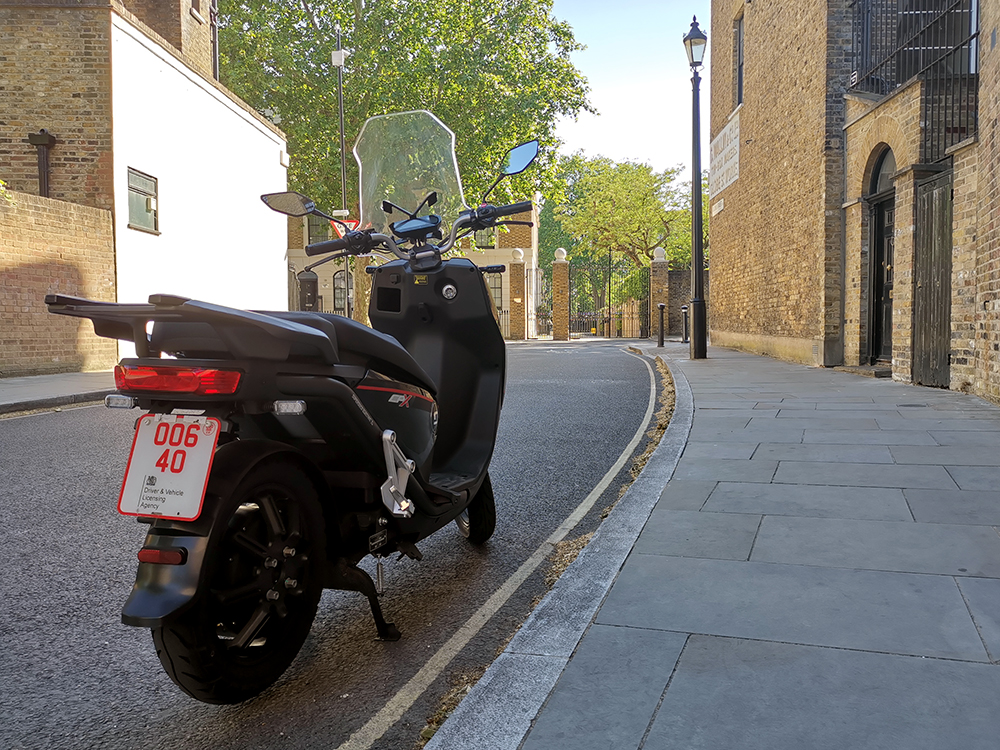 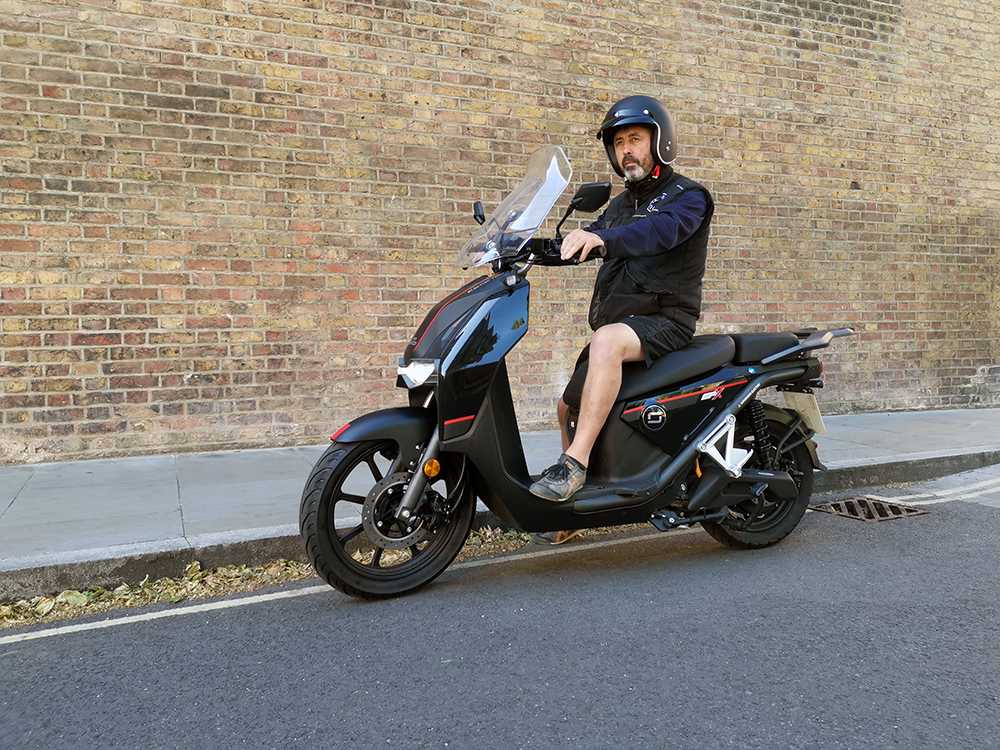 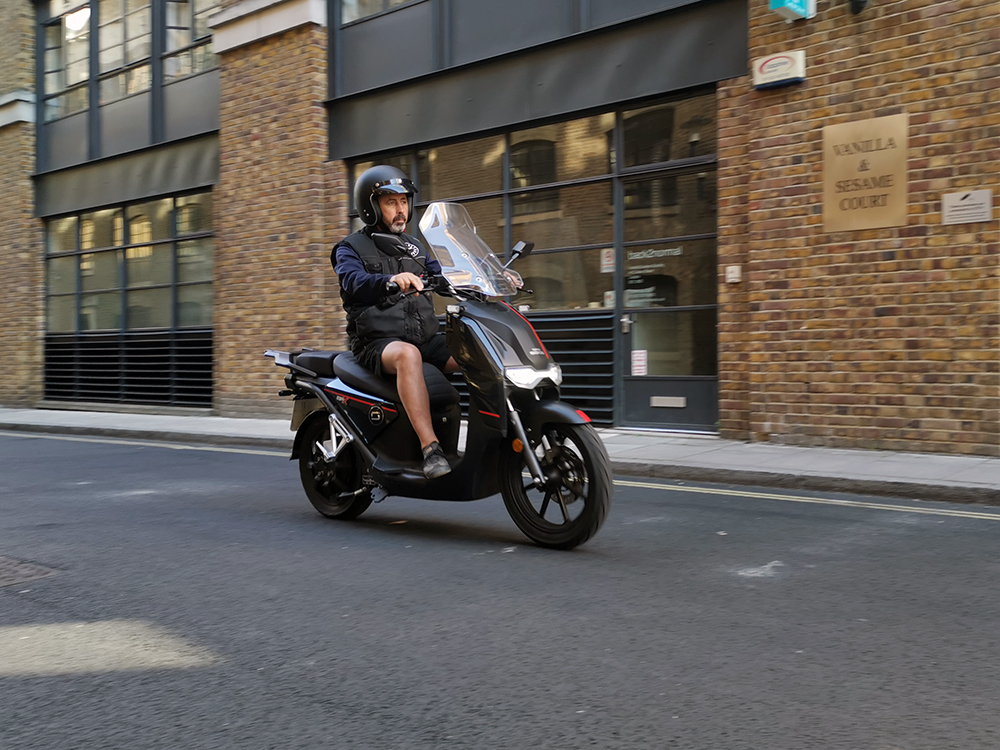